A violent crime or crime of violence is a crime in which the perpetrator uses or threatens to use force upon the victim. This entails crimes in which the violent act is the objective, such as murders, rapes or sexual assaults, as well as, crimes in which violence is used as a form of coercion. Violent crimes may or may not be committed with weapons. It is important to know that violent crime criminal charges will not automatically result in a criminal conviction. Going to trial, the investigation and prosecution must provide evidence in the courtroom along with the essential elements proving that a person committed the crime (or crimes listed) beyond a reasonable doubt before sentencing is given. Lack of these may render the case dismissed.

Examples of some types of criminal offenses that fall within this category include:

In Arizona, a conviction for violent crimes can have serious repercussions such as imprisonment, criminal record, high fines, community service, anger management classes, probation or ineligibility for probation and other severe penalties. As such, having a criminal lawyer experienced in the criminal legal system entitles you with better defenses if you have been charged and a criminal trial happens.

Overview of Violent Crimes in Arizona 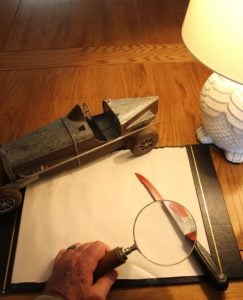 A person threatening or intimidating someone can be charged with violent crimes by words or actions by:

The offense can be punished by a class 1 misdemeanor, class 6 or class 3 felony.

A person is facing criminal charges of assault when they:

Assault crimes committed may result in the conviction of class 1, 2 or 3 misdemeanors.

Assaults become aggravated when they:

An aggravated assault may result in jail time with the convictions of class 2, 3, 4, 5 or 6 felony charges. When committed with a weapon, the offense may lead to a criminal conviction of class 2 or 3 felony.

Criminal cases of kidnapping may be charged when they intentionally restrained another with the purpose of:

A person can be charged with endangerment when they recklessly cause danger through a reasonable risk of death or physical injury and is punishable by a class 1 misdemeanor or class 6 felony.

In Arizona, an alleged violent crime offender is required to have a certain mental state of intentional, knowing and reckless manner of doing such offenses. As according to Arizona Revised Statutes, the most common violent mental states are:

Are you facing violent crime charges or a crime victim? You need to get yourself a lawyer!

When being charged with violent crime in Arizona, consulting a defense attorney well-versed in the legal system and handling violent crime cases is important especially if you’re not certain of your specific situation. An experienced criminal defense lawyer will help you explore the defenses you may have, discuss your rights, safety plans and options available to you, as well as represent you in a criminal court if the criminal case goes on trial.

Call us at Howard Snader Law for a free initial consultation.  Your chance at freedom is important to us. Let us help you fight for your rights and possibly steer you away from doing time behind bars. Pick up that phone now.