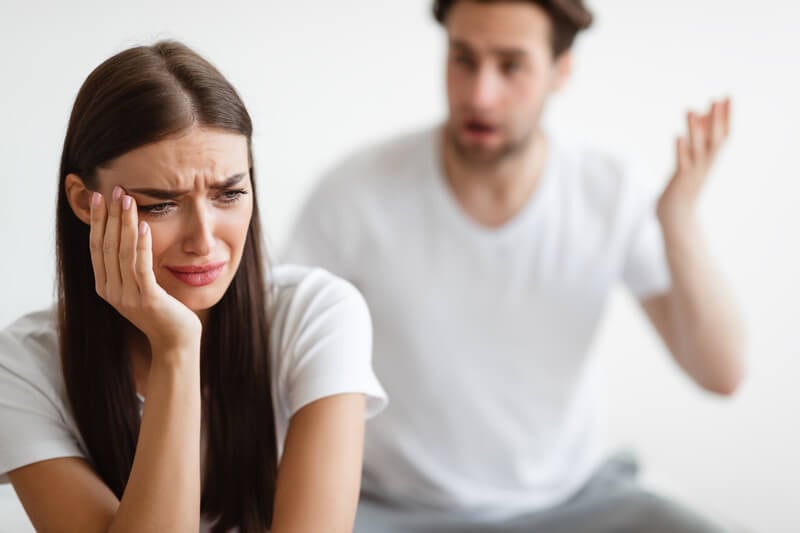 A domestic violence conviction has terrible consequences throughout your life. If you’re convicted of being violent to your family members, not only will you be facing prison time and fines, your record may also cause trouble with employment, friends, and relationships.

In this article, we’ll give you a comprehensive list of things you need to know about domestic violence. If you’re facing criminal charges, it’s best to get help from our experienced Phoenix criminal defense attorney. Call our law office today to get skillful legal representation!

Overview of Domestic Violence in Arizona

In Arizona, domestic violence is not a crime by itself but is attached to other criminal acts like

There are many different types of abuse including physical abuse, emotional abuse, sexual abuse, or psychological abuse, financial abuse, and neglect. A.R.S. 13-3601 defines what counts as domestic violence in Arizona.

According to Arizona law, an act is considered as domestic violence if done against your family or household member which include:

If you’re accused as a perpetrator of physical violence or abusive behavior, our Phoenix criminal defense attorneys can help you. Call our office today for a case evaluation!

If you’ve been convicted under ARS 13-3601.02, then that means aggravated domestic violence. It’s a class 5 felony with up to two and a half years imprisonment for the first offense. Additionally, you will not get a pardon, probation, or a suspended sentence until you’ve served four months in jail.

These are also known as restraining orders, of which there are three types for domestic violence:

These immediately protect the victim in immediate danger of domestic violence. The validity of an EOP lasts until the close of the business day after issuance or 72 hours, whichever is longer.

This is given to the local sheriff within 24 hours of your arrest. This has conditions that prevent you from getting close to the alleged victim.

This is issued by a judge without needing your presence. This order usually lasts for a year.

What Can I Do About a Protective Order?

While the order is in effect, you can request a hearing to have the order dismissed or changed.

The protective order will include the conditions that you have to follow. In general, however, the following acts can count as violations and can land you in serious trouble:

Penalties for Violating the Order

This is a serious offense under Arizona law. This counts as a Class 1 misdemeanor, which means no more than six months of jail time and a maximum of $2500 fines with an 84% surcharge.

If you’ve done anything that violates your restraining order, get in touch with our Phoenix criminal defense attorneys immediately. We can defend you against these allegations and prevent any further punishment issued by the criminal justice system. Call our office now!

Domestic violence in AZ can be complicated. There are many forms of abuse and each case has its specific circumstances that can change, even between the same charges like child abuse cases or economic abuse cases. So we’ve answered some of the most common concerns down below.

If you still have questions after going through the article, it’s best to ask an experienced Phoenix family violence defense attorney.

How are Charges Filed?

In general, the following have to occur before you’ll be charged with domestic violence:

Can a Victim Drop the Charges?

It’s not the abuse victims who file the charges, so they don’t have the authority to have the case dropped.

Only the district attorney can have the case dismissed with the approval of a judge. In many cases, the State will proceed with prosecution even if the abused family member does not testify.

What Happens Once in Jail?

Within 24 hours of being booked in jail, you’ll stand in a special court so that the judge can arraign you.

In this arraignment, the judge decides whether or not to release you. If the judge releases you, there will usually be some conditions for staying out of custody. The most common conditions are:

Domestic abuse allegations are complicated. One misstep can land you in jail along with paying some hefty fines and restitution for the victims of abuse. A convicted abuser will have a hard time landing jobs or getting into healthy relationships.

Our lawyers at Snader Law Group, LLC have years of success defending people in AZ criminal court. With our knowledge of criminal defense law and the legal system, we can protect you from all the consequences that come with a misdemeanor conviction.

The law is harsh but we can fight for you to protect your future. Call our Phoenix criminal defense law firm today to schedule a consultation with our competent defense attorneys.

Understanding Criminal Matters and Administrative Law Matters Given that some criminal prosecutions result from administrative law issues, it is crucial to understand the parallels and

When one is arrested, the court will impose release conditions before letting them out of jail. If the court orders the payment of a bond,

If Amber Heard Was a Cop