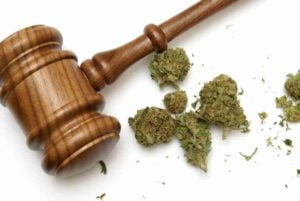 Drug possession is a crime in both federal and state law. Possession laws make it a crime to willfully possess specific illegal controlled substances, such as LSD, marijuana, cocaine, and heroin. It’s also a criminal offense to possess certain precursor chemicals that are commonly used in drug cultivation and manufacturing, as well as certain items that are considered accessories to drug use.

Drug possession laws will vary widely depending on the type of drug, amount possessed, and the geographic location of the offense. Being found with larger amounts of drugs in your possession may cause you to be charged with “intent to distribute,” which raises the severity of sentencing.

The punishment you receive upon conviction for drug possession will depend on a variety of factors. The first is whether you were arrested by federal or state law enforcement. Federal penalties can be harsher than state law, and generally a federal arrest is made in connection with a suspected criminal enterprise or growing operation. Under federal law, even first-time possession is punishable by up to a $1,000 fine and a year in prison.

Some states have legalized possession of small amounts of marijuana, but other drugs remain criminalized. If you are holding a large enough amount of a drug to be considered a seller, rather than a personal user, you will likely be looking at a felony rather than a misdemeanor. This means significantly harsher penalties.

Other factors that may enhance your sentencing include:

If you were arrested for drug possession under the state laws of Arizona, the laws that apply to you would be under Title 13 of the Criminal Code. Here are some important factors that impact sentencing in Arizona:

If you’re looking for help with a drug possession charge, contact The Law Office of Howard A. Snader by calling (602) 899-0590 for a free case evaluation today.